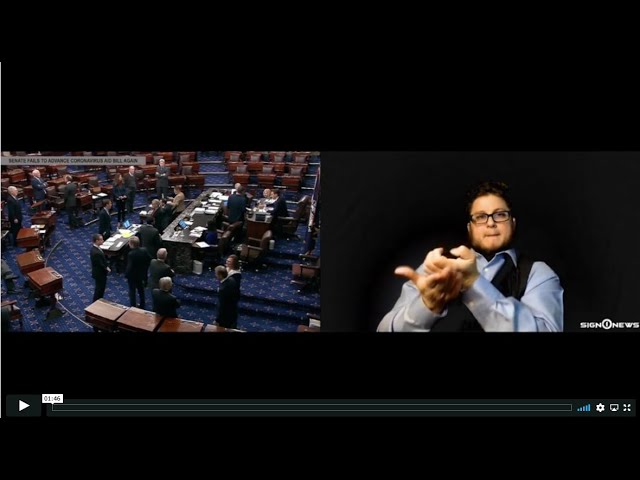 It’s been several days and Congress still hasn’t settled on the nearly two trillion dollar stimulus bill designed to support the economy being hammered by the COVID-19 pandemic.

On Monday afternoon a key vote on the economic stimulus plan failed for the second time in the Senate.

Senate Democrats lined up against the vote to defeat it just as they did Sunday when earlier vote failed.

Democrats are concerned Republicans are more focused on bailing out big businesses than helping individual workers.

Senators have been working day and night to find a compromise agreement on the economic stimulus bill.

Republicans drafted their initial stimulus proposal without any input from Democrats.

Meanwhile House Democrats are working on their own version of the bill.

Senate Minority Leader Chuck Schumer says despite the current Democratic opposition, he thinks a deal can be done soon.

We are hearing that a decision on the bill could be made soon.

The minute that happens we will update you.

How to stay active during COVID-19