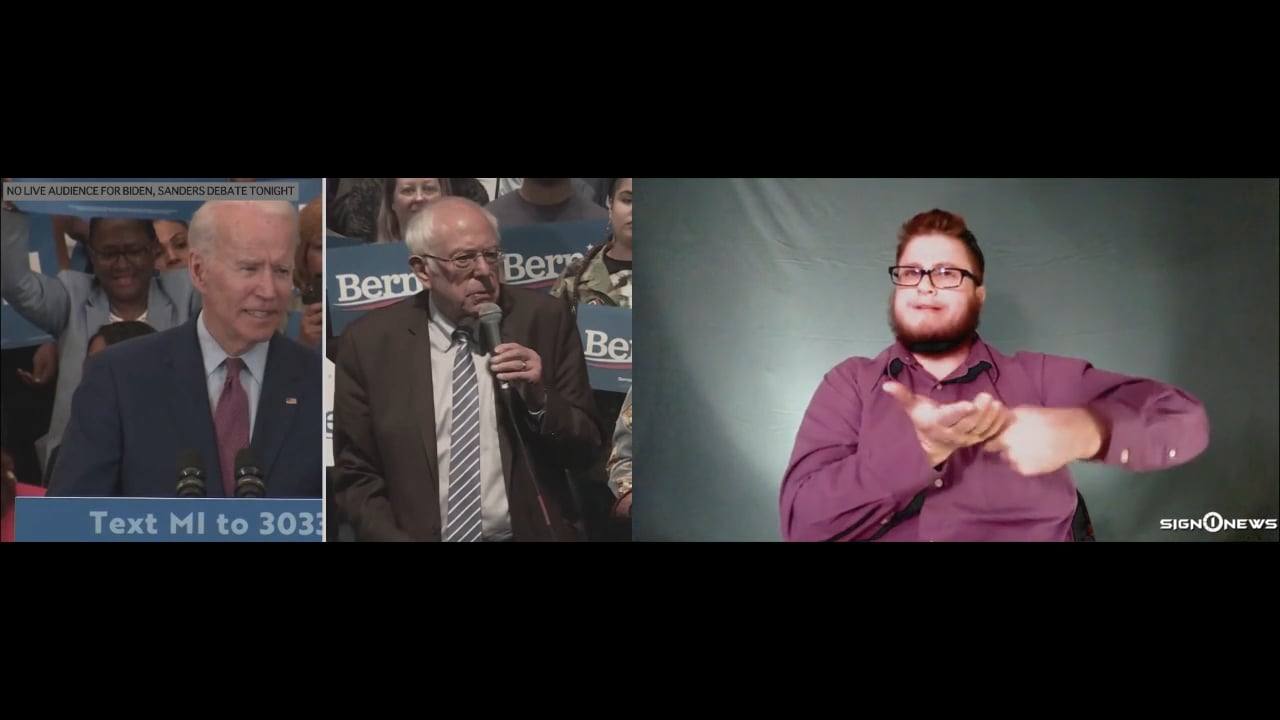 The DNC announced the move Thursday due to concerns about the coronavirus.

There will no longer be a live audience.

Additionally one of the debate moderators Univision’s Jorge Ramos has stepped down from his role in the debate after possible exposure to coronavirus.

The network’s Ilia Calderon will take his place alongside CNN’s Dana Bash and Jake Tapper.

The debate will take place from 8 to 10 PM Eastern tonight Sunday.

It will air live on CNN, CNN en Espanol, CNN International and Univision.

Due to broadcast restrictions, Sign1News will not be able to air the debate live.

But we will post it with sign language interpretation on all of our platforms immediately after the live coverage ends.