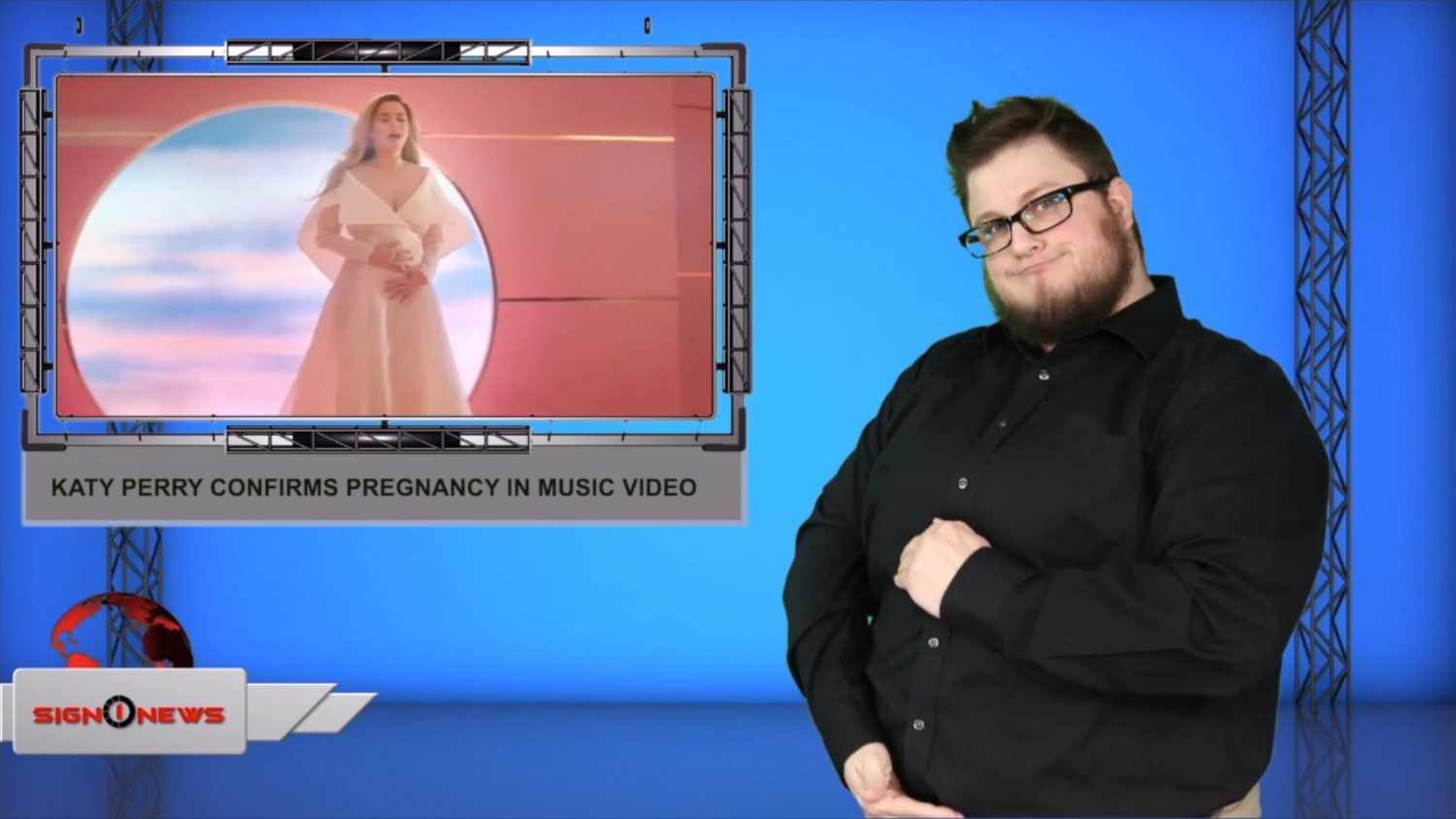 She revealed her baby bump at the end of her “Never Worn White” music video which she dropped Wednesday night.

She is seen cradling her baby bump while wearing a white dress.

Perry tweeted “OMG! So glad I don’t have to suck it in anymore or carry around a big purse!”

Perry has been dating actor Orlando Bloom since 2016.

They announced their engagement on Valentine’s Day.

Perry told fans on Instagram that both her album and baby are due this summer.