Top 5 Stories of the week 2 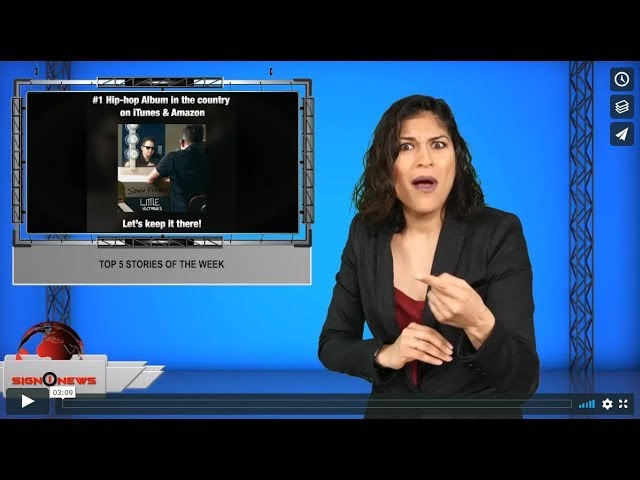 Concerns about the spread of the coronavirus dominated the headlines and caused ripple effects all over the globe.

The stock market dipped to a historic low, schools in Asia are closing as a precaution, TV shows and concerts are being canceled and the US is dealing with its first recorded coronavirus death believed to be associated with “community spread,” which means person-to-person with no ties to traveling or contact with another coronavirus patient.

Deaf rapper Sean Forbes shot to the top of iTunes and Amazon’s digital music charts with the release of his new album “Little Victories” thanks to a national grassroots movement in the Deaf community.

If he continues to climb in the charts, Forbes will become the first Deaf artist to land on the Billboard 200 chart.

The world mourned the death of mathematician Katherine Johnson.

Her pioneering work was part of NASA’s “computer pool” in the 1960s that helped power the agency’s first successful space missions and inspired the 2017 film “Hidden Figures.”

The Los Angeles County Sheriff’s Department is looking into reports that some of its deputies shared graphic photos of the helicopter crash that killed Kobe Bryant and eight others, photos that may have included images of the victims’ bodies.

Today Bryant’s widow Vanessa is demanding that those responsible for the alleged allegations face the harshest possible discipline and their identities be brought to light.

And the story of a little boy who is dropped his puppy off at a Mexican animal rescue shelter to protect it from being abused by his father touched the hearts of people all over the country.

The boy left a note explaining the abuse the dog suffered and a toy so the dog wouldn’t forget it.

The dog is still getting medical attention and will be available for adoption soon.