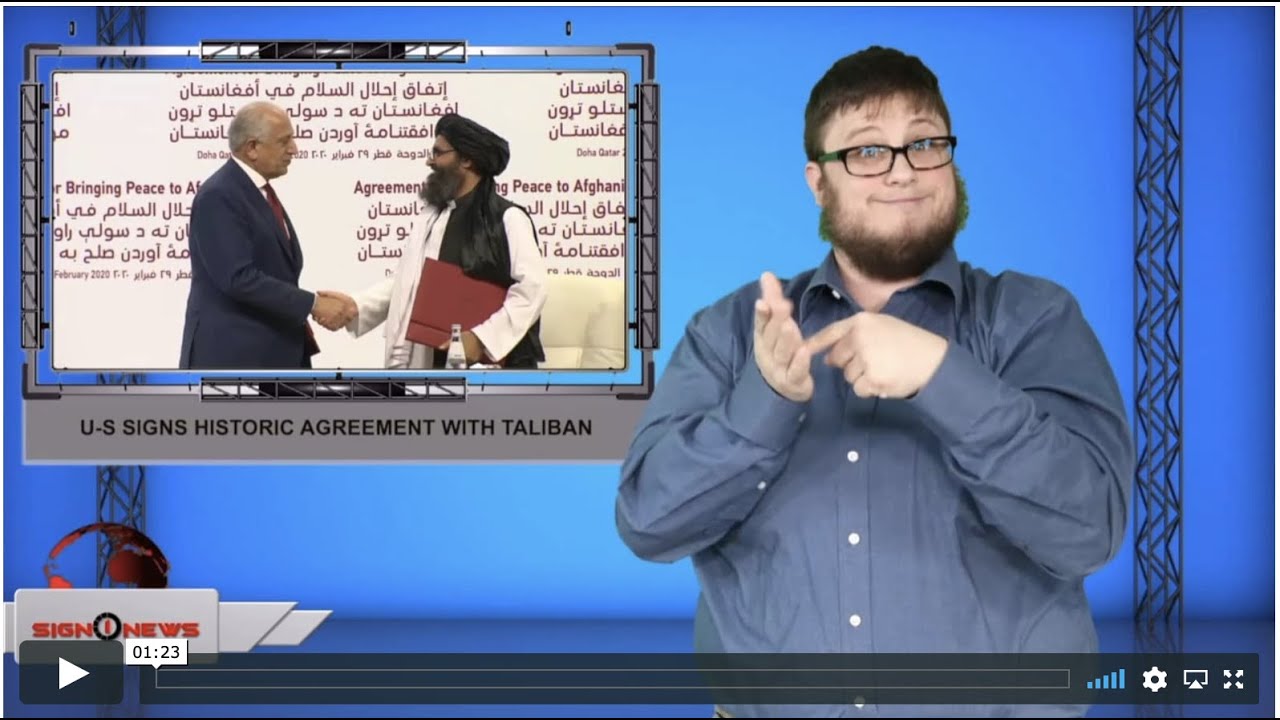 This is video of a historic moment for the US and the Taliban.

The two sides have signed an agreement that could pave the way to ending America’s longest fought war.

Under the agreement the US will pull troops out of Afghanistan.

In return the Taliban will reportedly agree to significantly reduce violence in the country.

US Secretary of State Mike Pompeo witnessed the signing in Doha, Qatar on Saturday.

The signing of the agreement sees a realization of a campaign promise of President Trump who said he wanted to reduce US involvement in wars overseas.

Under the plan the American military presence would be reduced to 8,600 troops from the current 13,000 over the course of 135 days.