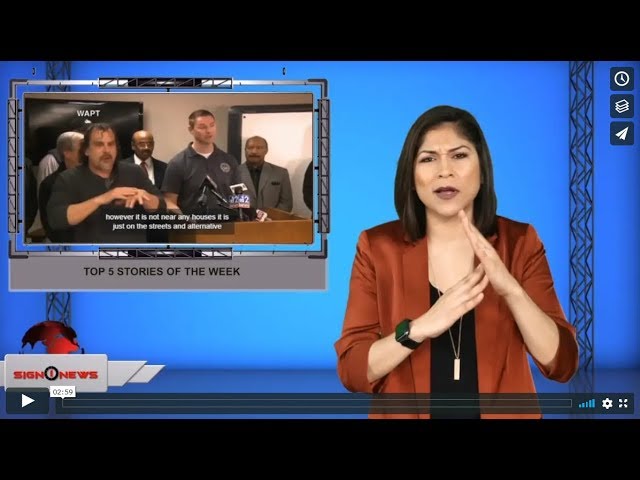 Here’s a quick recap of the top five Sign1News stories this week:

We are glad that Sign1News could provide important and urgent information in ASL to tens of thousands of our viewers on the historic flooding in Mississippi.

Emergency management officials say even though the rains have stopped and floodwaters have started to recede, residents will still feel the impact of the floods for a few more weeks.

A story about the coronavirus possibly disrupting the bridal dress supply chain also caught the attention of tens of thousands of our viewers.

Some bridal companies in the US import nearly 90% of their products from China.

But several factories in China are still being disinfected or waiting for travel restrictions to be lifted so workers can return from the lunar new year travels.

A couple of stories involved two of my Sign1News colleagues.

Candace Jones whet the appetite of many viewers during her story about Busy Bee restaurant for Black history month.

The Atlanta soul food restaurant served as the official meeting place for civil rights leaders during the 1960s and is still a popular hangout for politicians, athletes and entertainers.

Our cameras followed Martha Anger behind the scenes of the new action thriller “Camisado: The Event Series.”

Martha’s character is silent and deadly.

The show is scheduled to be released later this year.

And apparently a lot of our viewers want to hear their dogs say bad words.

A company known for releasing quirky products has created a cuss collar which blurts out a prerecorded swear word every time their dog barks.

And no surprise, the company’s initial supply sold out quickly.