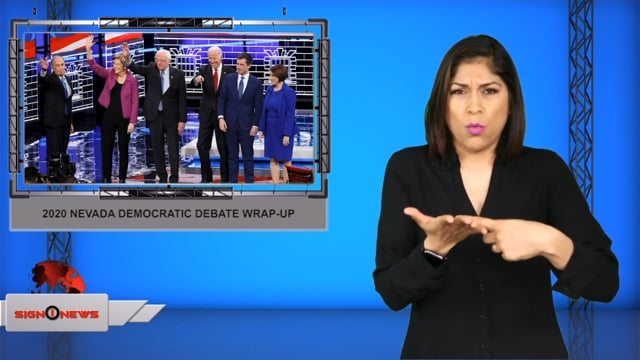 Yesterday (Wednesday) night the Democratic presidential candidates squared off in Las Vegas, and boy did things get heated.

Newcomer Michael Bloomberg faced attacks all night ranging from his alleged history of sexist remarks to his role in the controversial stop-and-frisk policy during his former time as mayor of New York City.

Warren pressed the former mayor to release women who alleged sexism and misogynistic behavior by Bloomberg and at his company from two non-disclosure agreements.

Bloomberg declined saying at one point none of the allegations were against him unless the women “didn’t like a joke I told.”

Meanwhile, things got a little heated between Amy Klobuchar and and Pete Buttgieg when he pressed her for forgetting the Mexican president’s name.

Bernie Sanders, who took the debate stage as its national front-runner, faced questions on Medicare for All, his medical records and the behavior of some online supporters.

Some of the topics debated last night included climate change, education and healthcare.

On Saturday, February 22 the Nevada caucuses are scheduled.