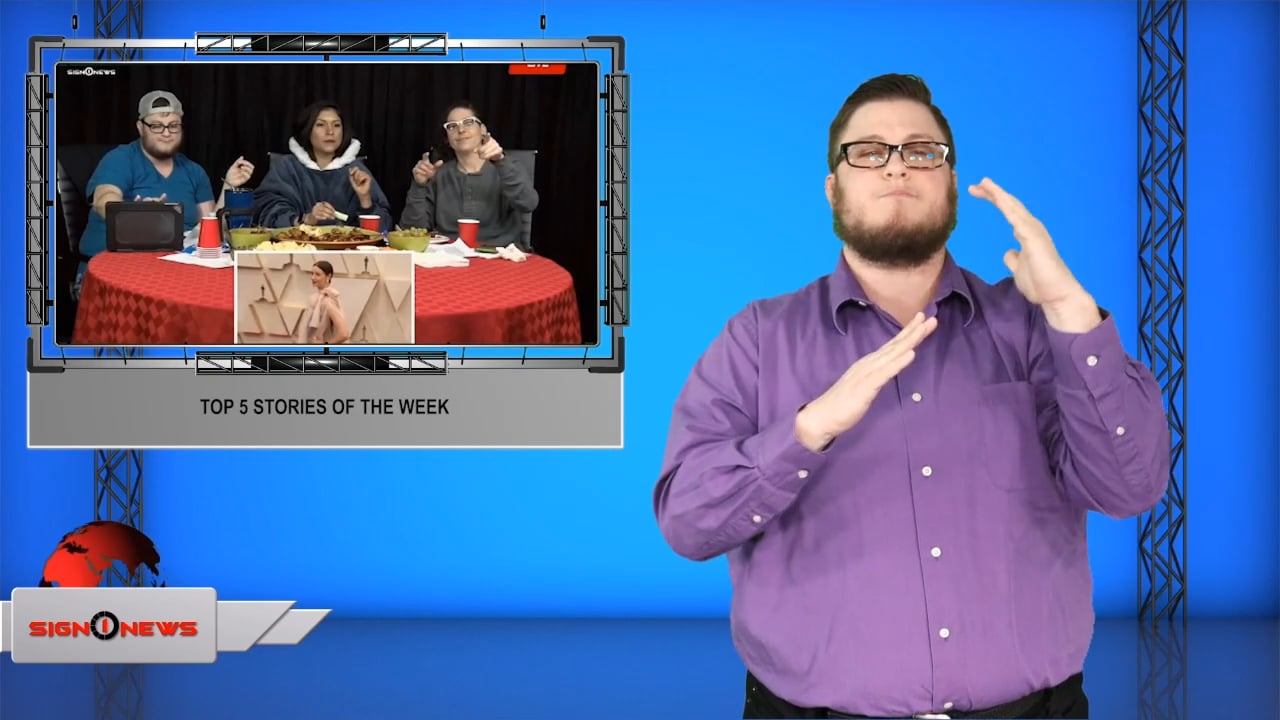 It looks like the Sign1News red carpet pajama party was a big hit with our fans.

Thousands of viewers joined me, Crystal and Martha live on Facebook to chat with us as Hollywood’s biggest stars strutted across the Oscars red carpet.

According to the International Basketball Federation, the team is going to the Olympics for the first time ever.

The summer 2020 Olympics will be held in Japan.

President Trump rolled out his $4.8 trillion federal budget proposal for 2021.

The plan includes cuts to Medicaid but would leave Medicare and Social Security untouched.

The proposal would also slash billions of dollars in food stamps.

The proposal includes $740 billion in military spending and a $25 billion boost to NASA.

Zaya was born a male name Zion but she told her family she wants to now be known as Zaya.

Wade says he and his wife, actress Gabrielle Union, are reaching out to members of the LGBTQ community to educate themselves so Zaya can be her best self.

Astronaut Christina Koch now holds the record for the longest single spaceflight by a woman.

Koch was worried that her dog LBD, which stands for little brown dog, wouldn’t remember her after being apart for almost a year.

Well…we’ll let the video speak for itself.