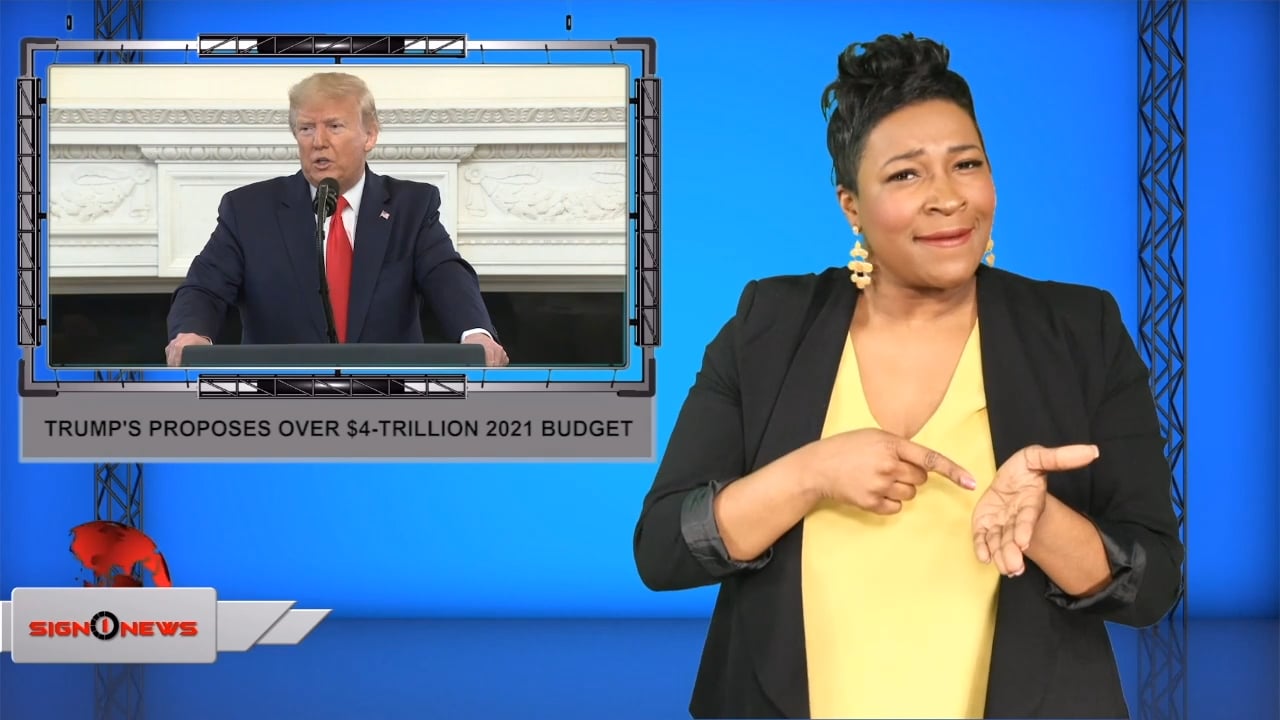 The White House has submitted a 4-point-8 trillion dollar federal budget proposal for 2021.

On Monday during a meeting with the nation’s governors at the White House, Trump said the plan will bring “our deficit down to what it should be, which is close to zero.”

But some say the budget will fail to eliminate the national deficit over the next 10 years, despite the major cuts.

The plan includes cuts to Medicaid and other social safety programs but would leave Medicare and Social Security untouched.

The proposal would also slash billions of dollars in food stamps and eliminate an existing student loan forgiveness program for public workers.

The proposal includes 7-hundred-40 billion in military spending and a $25 billion boost to NASA, with the aim of sending astronauts back to the moon by 2024.

Trump said that the US has “no choice” but to increase spending to its nuclear programs due to competition from Russia and China.

The president’s budget is not expected to actually pass Congress.