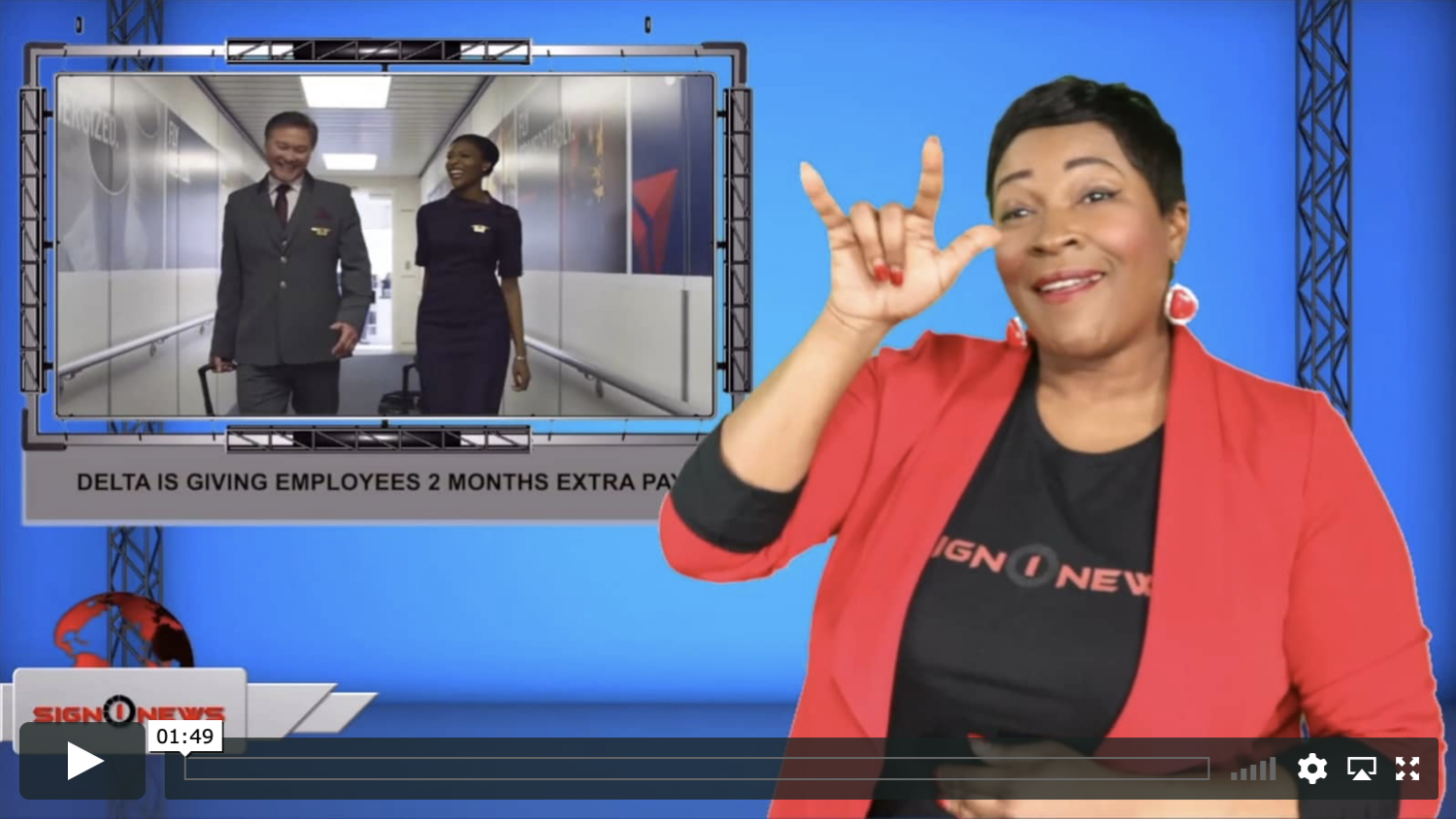 A sweet bonus is coming to Delta Air Lines employees.

The airline is giving its workers two months extra pay as a bonus for the company’s strong performance for 2019.

That means every eligible employee will get a check next month for nearly 17 percent of their annual salary.

That works out to two months pay.

Delta’s CEO said “Delta would be nothing without our 90-thousand people. They deserve all the credit.”

Delta says the payout is a record amount for Delta and the sixth straight year it has paid out more than 1 billion to workers.

The profit-sharing does not include Delta’s offices, directors and general managers.

Last year Sign1News interviewed Delta after the company announced its launch of special pins to the uniforms of its crewmembers.