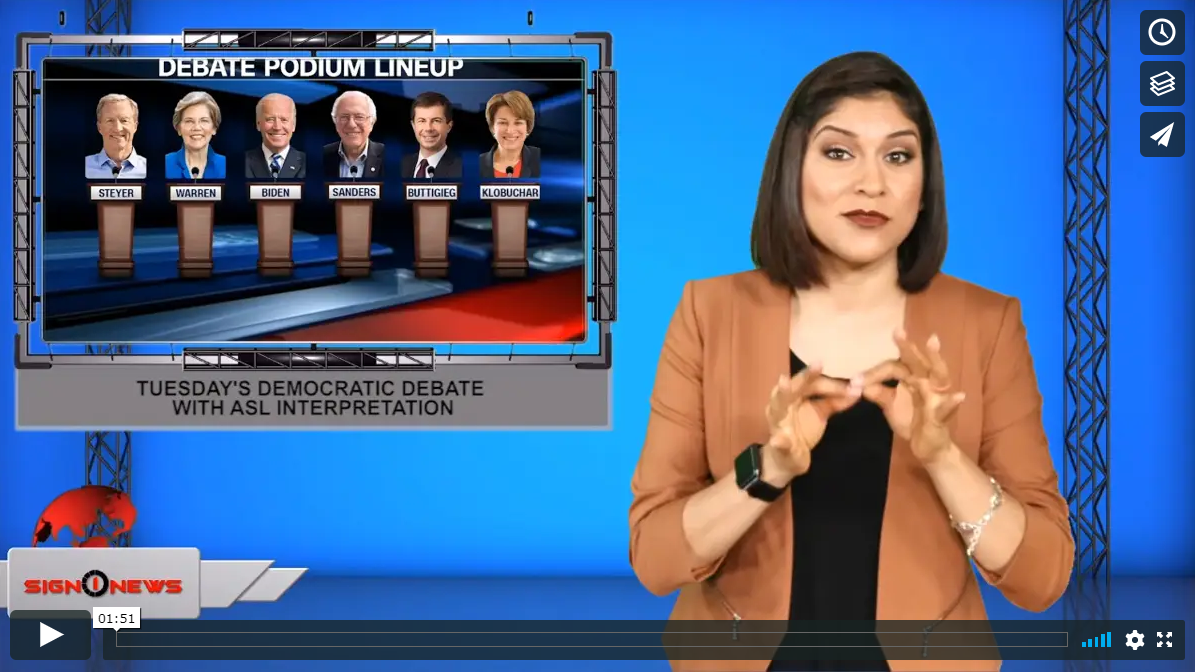 On Tuesday night (Yesterday) the top six Democratic presidential candidates faced off on the debate stage in Iowa.

The showdown, coming just weeks to go until the nation’s first nominating contest, the Iowa caucuses.

Biden, Warren, Sanders, and Buttigieg are all at the top of the polls.

So now it’s a matter of seeing whether their debate performances, and campaign efforts, will put any distance between them at the polls.

Just head to our Facebook page to watch the debate with ASL interpretation.