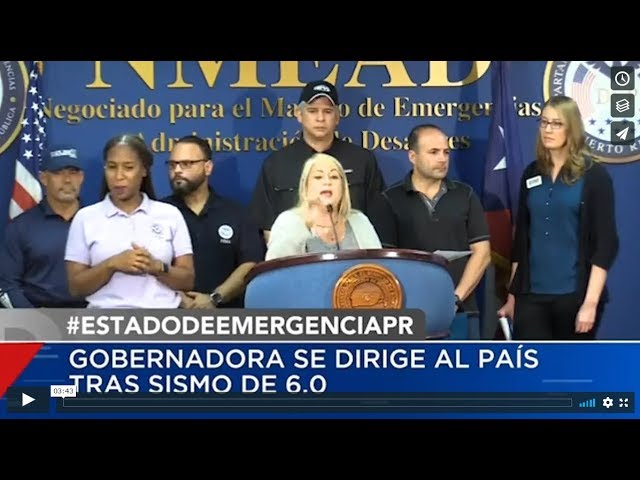 Since December 28, residents in Puerto Rico have endured more than 1,000 earthquakes and aftershocks.

As we reported earlier this week, many people are sleeping outside on the ground out of fear of more aftershocks shaking already cracked and damaged homes.

We just learned that our friends at “Off The Grid missions” are packing up and heading to the island on Thursday to bring much-needed supplies to the Deaf community affected by the quakes.

OTGM leaders say during a recent FEMA press conference, which was conducted in Spanish on Univision in Spanish, Deaf residents realized the sign language interpreter was not from Puerto Rico, her Spanish comprehension skills were not strong and she was not signing what was being said.

Unfortunately that also means many Deaf residents did not receive the vital information they needed.

We have a short clip of the press conference, courtesy of Univision’s Facebook page.

The missions team has also been working in Puerto Rico since 2017 to help the island recover from hurricane Maria.

But the latest earthquakes are on the opposite side of the island, opening up a new region of people to support.

If you would like to learn more on how to help, head to the website on the screen.