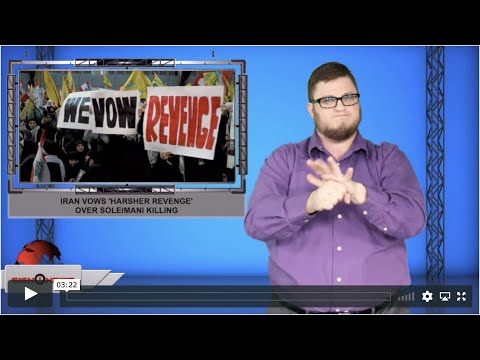 US officials say missile strikes on bases housing US forces in Iraq are likely not the end of Iran’s retaliation for the US killing of the country’s top general.

In fact last night a top commander in Iran’s “Revolutionary Guards” vowed Iran will exact “harsher revenge” on the US.

Another Iranian general said Iran’s covert war against America is nowhere near over.

America’s top military commander has sounded the alarm himself, warning of further retribution for the killing of Iranian general Qasem Soleimani.

The FBI and the Department of Homeland Security have similar warnings about the capabilities of Iran and its legal proxy forces like Hezbollah.

Hezbollah is the Lebanon-based organization designated a terrorist group by the US, with operatives in both the US, Canada and South America.

In a new bulletin, FBI and Homeland security officials say there is no specific threat at the moment but that operatives accused of working for Iran and Hezbollah have been arrested in recent years inside the US.

They were arrested for conducting surveillance on military and law enforcement facilities, critical infrastructure, public landmarks and Jewish centers.

Hezbollah has been supported financially and logistically by Iran and specifically by Qasem Soleimani for decades.

Security analysts say while the majority of Hezbollah operatives are involved in credit card and mortgage fraud to raise money to support their criminal enterprise, they are also notoriously known for revenge attacks.

Terrorist experts point out that Iran and its proxies are not invincible.

Some of their recent operations on US soil have either failed or been foiled.

However experts believe those groups still have enough capability and now certainly a strong motive to hit the US.

O W
Transcript Believe it or not, our excrement could be one of our best hopes of quickly detecting coronavirus outbreaks. That’s...