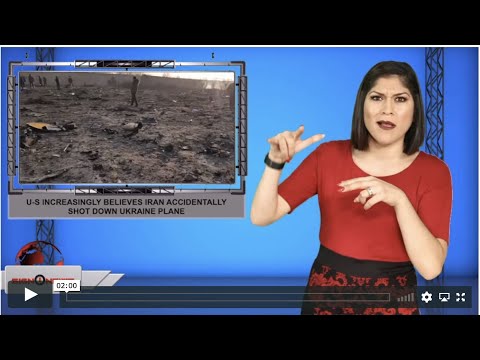 Iranian and Ukrainian experts investigating the causes of the Ukrainian Airlines plane crash met in Tehran for the first time on Thursday.

A flight operated by Ukraine International Airlines took off early Wednesday from Tehran’s International Airport in route to the Ukrainian capital Kiev with 167 passengers and nine crewmembers on board.

Investigations are ongoing as many different theories are being studied.

According to multiple US officials, one of those theories is that Iran shot down the plane by accident.

The theory is based on analysis of data from satellites, radar and electronic data collected by US military and intelligence.

The flight crashed following Iranian missile strikes on US forces in Iraq.

President Trump said he suspected the crash was not due to mechanical issues but “somebody could’ve made a mistake on the other side.”

Ukrainian officials were considering terrorism, a missile strike or catastrophic engine failure as potential causes for the crash because aviation authorities in Tehran said the plane was on fire before it crashed.