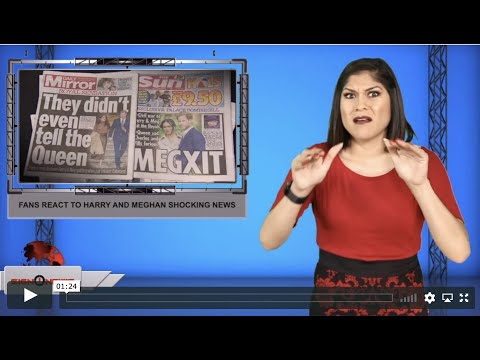 The front of every newspaper in the UK was splashed with the shocking news: Harry and Meghan announced Wednesday that they are backing off their responsibilities as senior members of the royal family.

The decision is being called #Megxit and it’s trending all over social media.

More importantly, the news apparently came as a surprise to the royal family itself.

Buckingham Palace issued a short, terse statement shortly afterward, stating “We understand their desire to take a different approach but these are complicated issues that will take time to work through.”

According to their Instagram post, the couple said they will split their time between the UK and North America, launch a new charity and work to become financially independent, all while still fulfilling their duties to the Queen.