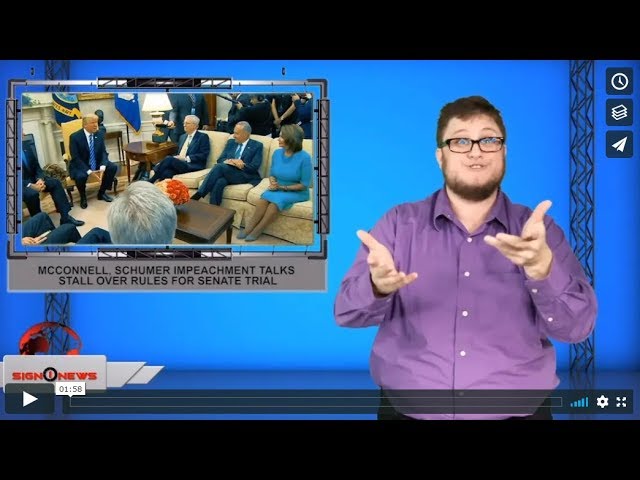 President Trump spent the weekend Twitter attacking House Speaker Nancy Pelosi, insisting Democrats are stalling the impeachment effort because its case against him is weak.

And the battle over what the looming Senate trial will look like remains where it’s been for days: at an impasse.

Sources tell CNN there has been no conversations between the top two Senate leaders and most likely won’t happen before January.

And that is the Democratic strategy to get under Trump’s skin.

But even more importantly, Democratic sources say the move is to exert pressure on Senate Majority Leader Mitch McConnell.

McConnell has rejected Democratic calls to subpoena witnesses and has scoffed at the Democratic pressure play.

And as Congress moves towards the new year, the most crucial questions still remain unanswered: when will the articles of impeachment be delivered to the Senate, who will Speaker Nancy Pelosi pick to be the managers, how long will the impeachment trial last, and perhaps most importantly, whether the votes will be there to call witnesses and subpoena documents?