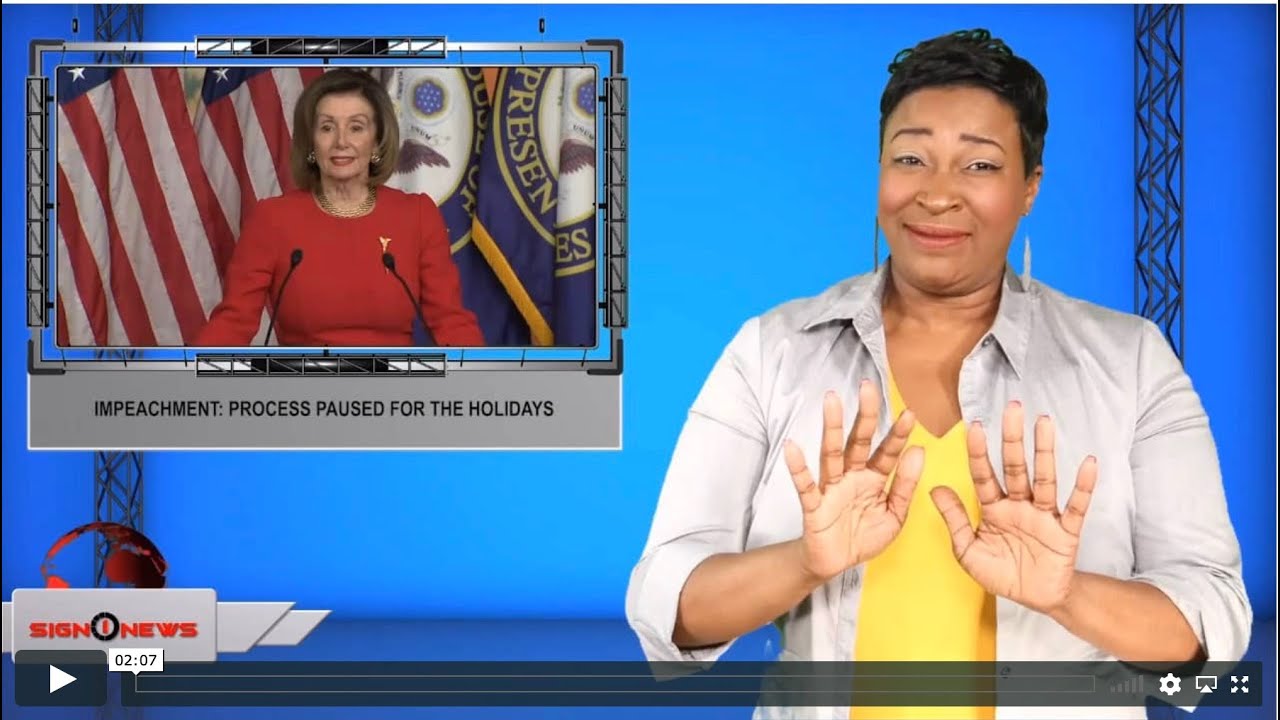 The impeachment process is on a pause, and will likely remain so until the start of the new year.

And over the weekend newly released documents were seized by Democrats which they are hoping will strengthen their case.

The documents show that roughly 90 minutes after Trump’s infamous call with Ukraine’s president, efforts to freeze security funding for Ukraine had already begun.

Democrats argued this strengthened their case for McConnell to call witnesses that Trump refused to provide for the House investigation.

Republicans however argue that Pelosi overreached when she held off on sending the articles.

And Chief of Staff to Vice President Mike Pence believes Pelosi will eventually give in.

Until there is movement on one side or the other, the president, and the rest of the world, will have to wait to see what happens next.

O W
Transcript Sometimes all it takes is just one small selfless action to make someone’s day. That’s why one group wants yo...

O W
Transcript The quarantine on board the Diamond Princess cruise ship in Japan may officially end tomorrow (Wednesday) after more than...