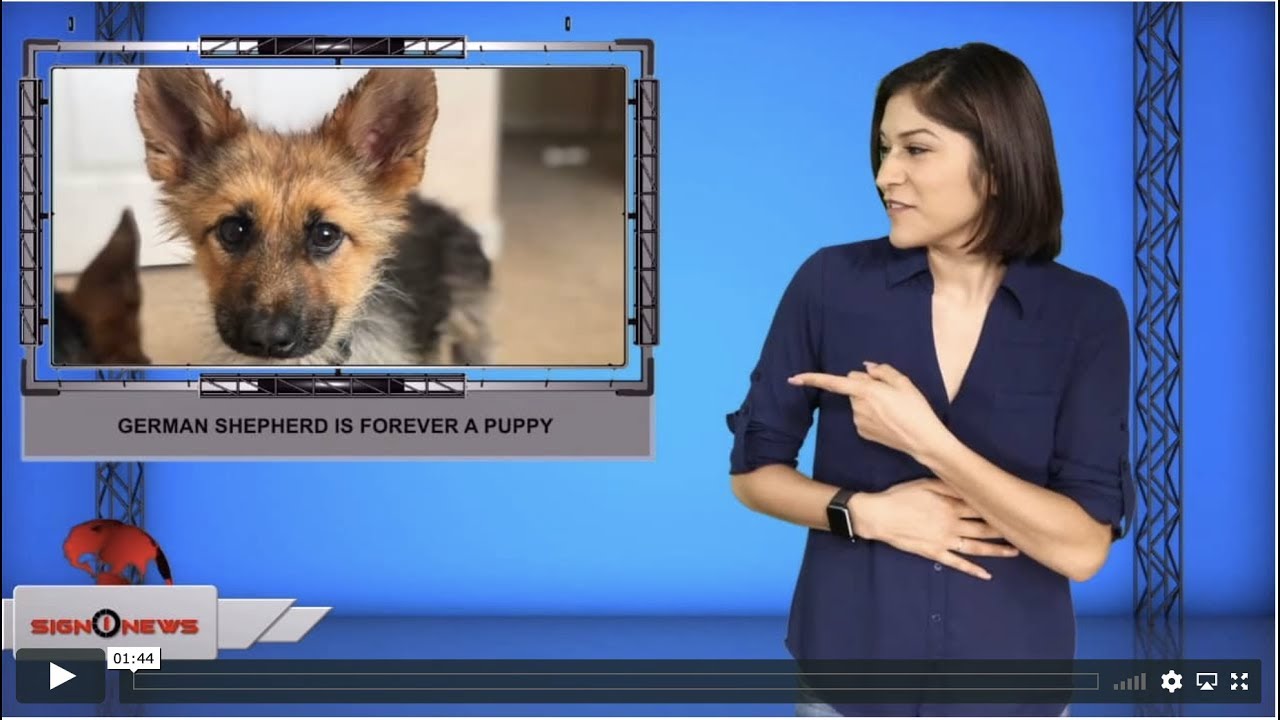 He looks like a German Shepherd puppy that’s just a few months old.

But Ranger’s owners, sisters Shelby and Darcy Mayo, say he is actually 2 1/2 years old and will look like a puppy forever.

The Mayos say Ranger has a form of dwarfism and will never grow up.

He only weighs about 15 pounds.

An adult male German Shepherd can weigh as much is 90 pounds.

Canine dwarfism is so rare there is not a lot of research available.

So the Mayo sisters turned to the social media community looking for dogs with similar conditions.

What they found were thousands of people who had fallen in love with Ranger.

His fans are addicted to pictures of him frolicking with his dog friends, cuddling with his humans and playing with toys that are about his same size.