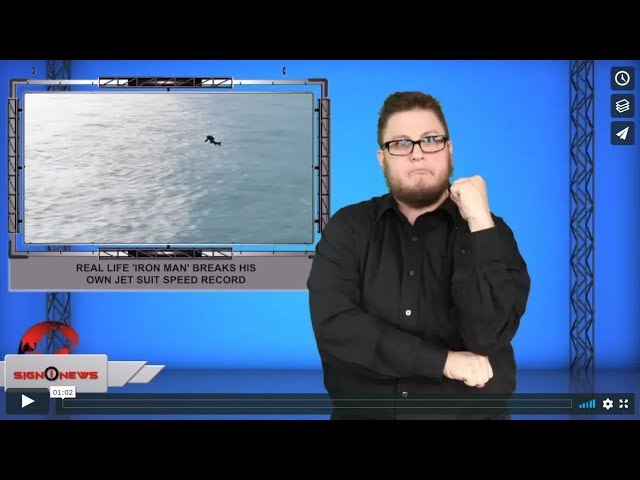 Browning, who is known as the “real-life Ironman” reached speeds of more than 85 mph.

He set the new record at Brighton Pier in England on “Guinness World Records day,” when people around the world attempt to set new world records.

Browning said he used a new suit which is made entirely from a 3-D printer.

He says it now has a leg wing and is “lighter, stronger and much smarter.”