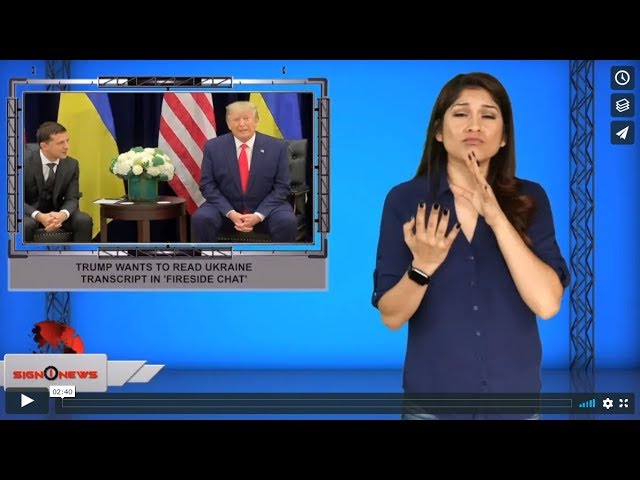 In an interview with the Washington Examiner, Trump indicated he will not cooperate with the Democratic party’s impeachment proceedings.

He insists he is a victim of “the greatest witchhunt in American history!”

Trump says his conversation with Ukrainian president Volodymyr Zelensky was a “a good call” and he did nothing wrong.

Trump said he may read the full transcript of the call as a “fireside chat” on live television.

In the 1930s and 40s President Franklin D. Roosevelt would casually chat with the American public via radio to address a number of topics, explain his policies and squash any rumors and fears during World War II.

Trump wants to use his fireside chat to assure the American people there is no way he would ever say anything appropriate during a phone call with so many officials listening in.

However the problem for Trump is a growing number of administration officials have stepped forward to testify he was wrong when he sought Ukraine’s help to investigate the Bidens.

And there are more officials slated to testify in the coming days.

s1admin2
Spread the loveTranscript A model from the University of Washington’s Institute for Health Metrics and Evaluation now predicts...

O W
Spread the loveTranscript This pandemic fostered fear and forced change in our way of life. And new research suggests an alarming nu...