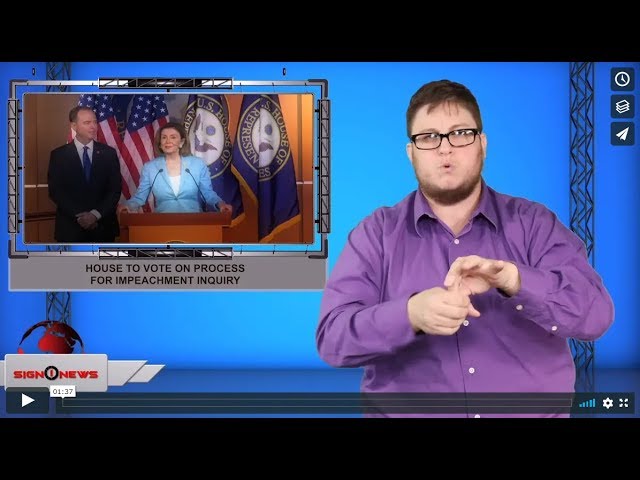 On Monday, House Speaker Nancy Pelosi made the announcement that on Thursday the House will hold a vote to formalize the impeachment inquiry into President Trump and Ukraine.

Senate Republicans praised the resolution, saying they hope it will open up the process and provide fairness to Trump.

Army Lieutenant Colonel Alexander Vindman plans to say he was so troubled by President Trump’s July phone call with the president of Ukraine that he took his concerns to a superior.

He will also tell lawmakers that he felt Trump’s efforts to press Ukraine for investigations into former Vice President Joe Biden and his son undermined American national security.