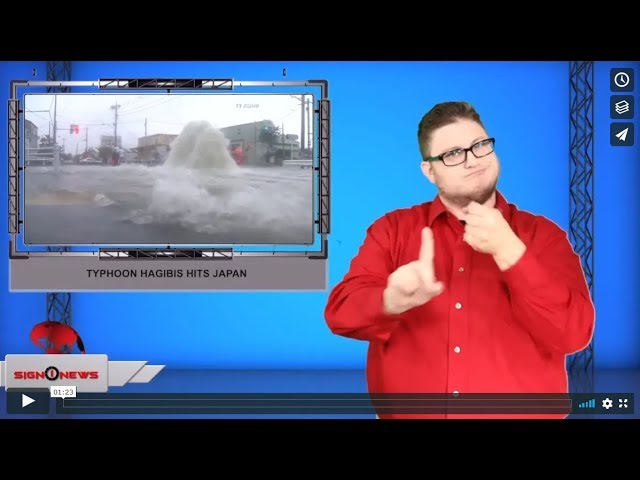 At least ten people are dead, nine people are missing and 141 injured from Typhoon Hagibis.

It has now been downgraded to a tropical depression but the storm has caused widespread damage.

It is already affecting much of the central and southern parts of Honshu, Japan’s main island.

Winds between 60 to 80 mph also lashed southern Japan, including Tokyo, for most of the mid morning to evening with major flooding.

All flights to and from Tokyo and nearby airports were canceled and all bullet trains between Tokyo, Nagoya and Osaka were also canceled.

Non-high-speed trains are canceled as well.

The Defense Ministry has mobilized 27,000 personnel as search and rescue efforts continue.