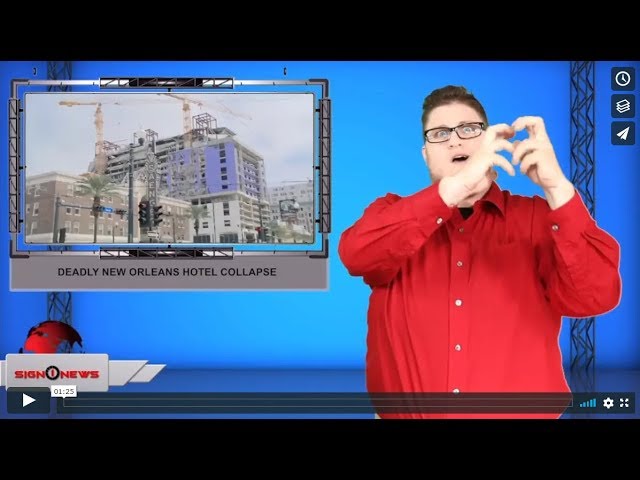 It shows the exact moment a construction site at the Hard Rock Hotel in New Orleans came crashing down, killing two people and injuring eighteen others.

Crews are scrambling to reach one person still missing underneath the rubble.

It was a shocking site in the heart of the historic French Quarter.

The big concern was a 270 foot crane attached to the building.

Officials feared it could also collapse.

Crews at the site have been working on building a new 350 room Hard Rock Hotel.

It still unclear what caused a portion of the building to come down.