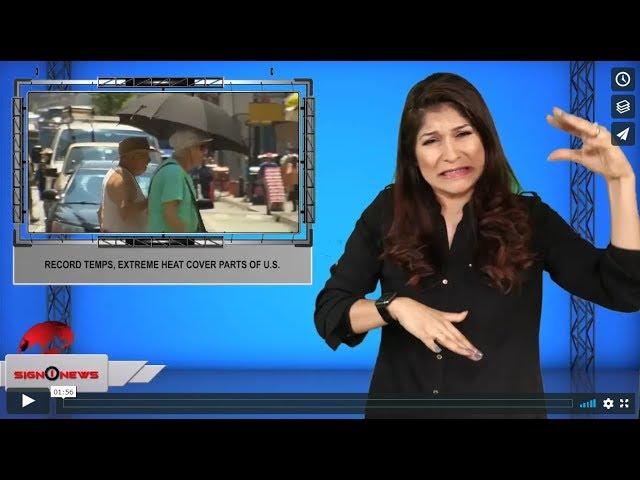 If you’re looking forward to fall foliage, pumpkin patches and snuggly sweaters, you may want to wait a little longer if you actually want to feel cooler.

That’s because this week much of the US is experiencing record-breaking heat for this time of year.

Hundred and sixty-two heat records could be shattered as areas from New York to North Carolina are flirting with 90 degree temperatures.

Atlanta and Nashville are set to break the record for the most 90 degree days in a year.

New York City could reach 90 degrees, something that has only happened five times in October.

Extreme heat also is expected in Washington, Philadelphia and Cleveland.

Speaking of Ohio, several schools in the Buckeye state were closed Wednesday because of the heat.

So while the calendar may say October, it still feels like July.

But hold on before you start packing up the sweaters in favor of more shorts.

The National Weather Service expects the hot weather to shift by the weekend, ushering in cooler, more seasonal temperatures.