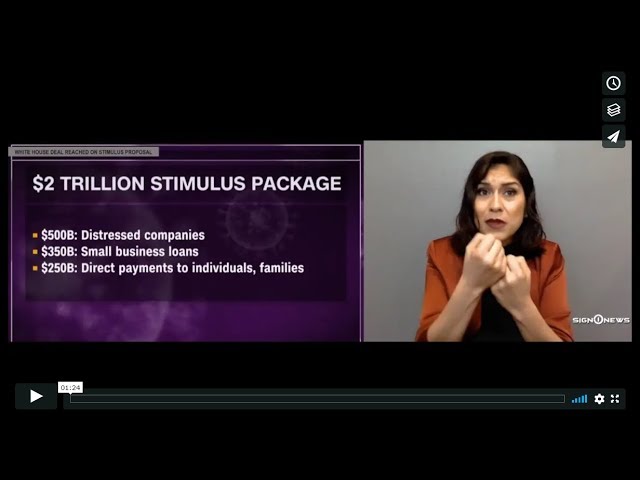 Early Wednesday the White House and Senate leaders reached a deal on a two-trillion dollar stimulus proposal to help boost the struggling economy as the coronavirus pandemic continues.

The full details haven’t been released yet but we know there will be $250 billion set aside for direct payments to individuals and families, $350 billion in small business loans, $250 billion in unemployment insurance benefits and $500 billion in loans for distressed companies.

The stimulus bill was negotiated over for days and is one of the most expensive and far-reaching measures in the history of Congress.

Before Wednesday the bill was voted against twice by Democrats because they were concerned Republicans were focused on bailing out big businesses rather than helping individual workers.

Majority Leader Mitch McConnell said the Senate would move to vote on the bill later on later in the day Wednesday.

An exact time has not yet been set for the vote.