Top 5 stories of the week 3 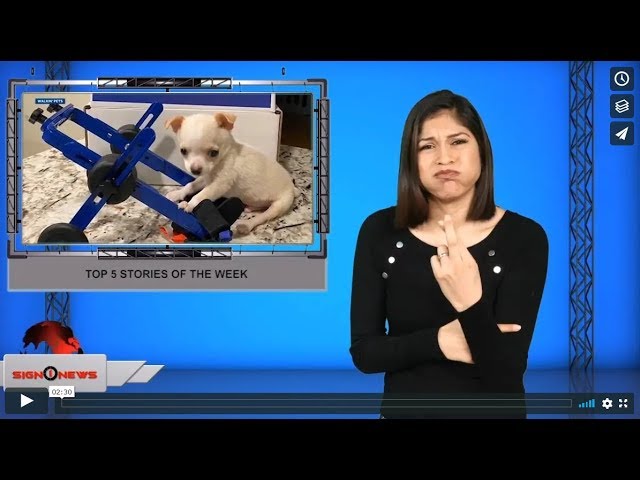 What to know if you’re pregnant during pandemic

Here is a quick recap of the top 5 Sign1News stories of the week.

The coronavirus outbreak continues to dominate the headlines.

But the story about masks seemed to really catch our viewers attention.

Specifically the US Surgeon General telling people stop buying them because the rush to buy them in bulk has led to a shortage.

People who owned an iPhone 6 or iPhone 7 before December 21, 2017 may be getting money back from Apple because of a class action lawsuit claiming the company purposefully slowed down those iPhone models to make users think they needed newer, faster phones.

Under the deal, owners would be entitled to $25 per device.

Apparently many of our viewers took advantage of McDonald’s National Egg McMuffin day.

A couple of amazing animal stories really caught the attention of Sign1News viewers.

The first was the adorable story of a puppy in a wheelchair and a pigeon who have become best buds.

The odd couple were brought together by the MIA Foundation which rehabilitates animals with physical deformities and mobility issues.

The other story was pretty gross and fascinating at the same time.

Veterinarians in Australia pulled a huge beach towel out of a python.

They even showed us video from inside the snake’s stomach as the towel was being pulled out.