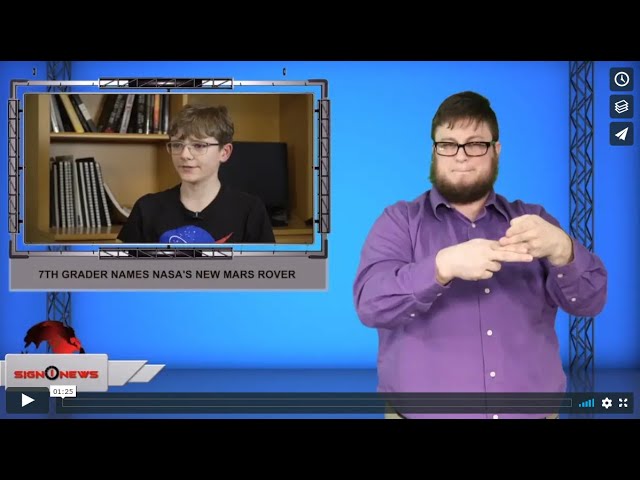 NASA’s next Mars rover has a new name…Perseverance.

The name came as a result of a contest NASA held that drew more than 28-thousand entries.

Students representing every state, ranging in age from kindergarten to twelfth grade, submitted their favorite names.

Alexander not only got to name the rover, but he will also receive an invitation to travel with his family to Cape Canaveral, a cape and city in Brevard County, Florida.

There, he will witness the rover being launched into space to begin its mission this summer.

Alexander explained he came up with the name “Perseverance” because it means humans won’t give up on the “inevitable setbacks” that we face on the way to Mars.