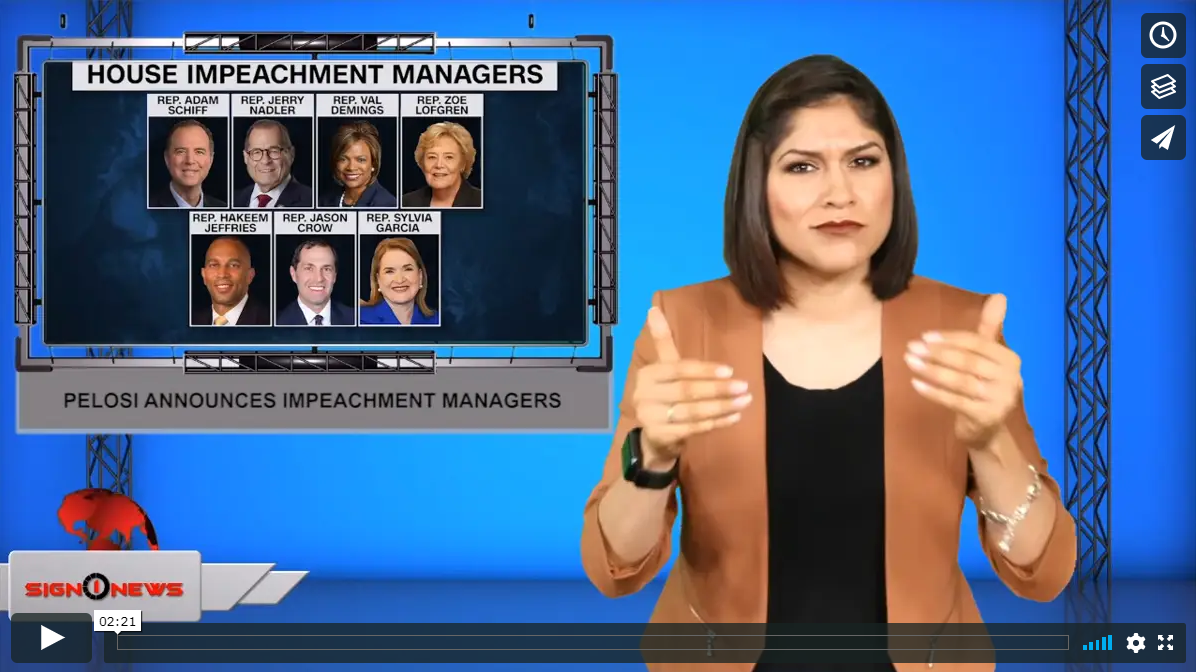 The impeachment managers are the House Democrats who will make the case against President Trump.

Trump is accused of abuse of power and obstruction of Congress over his dealings with Ukraine.

The House voted on the managers.

The House managers will physically bring the articles of impeachment over to the Senate before the trial can start.

Republicans have criticized Pelosi’s decision to withhold the articles from the Senate for a month, in an effort to force Senate Majority Leader Mitch McConnell to agree to what she considers a “fair” trial.

This morning (Wednesday) Pelosi said the extra time provided House Democrats with “incriminating evidence” including new emails showing that 91 minutes after Trump’s call with Ukraine’s president, the White House ordered to hold off on Ukraine aid.

Pelosi said tomorrow (Thursday) the managers will read the articles aloud to the Senate floor.

After that, the impeachment Senate trial can start.

The Senate impeachment trial could begin as soon as this week, although senators are preparing for it to begin next week.